We would like to offer our sincere support to anyone coping with grief. Enter your email below for our complimentary daily grief messages. Messages run for up to one year and you can stop at any time. Your email will not be used for any other purpose.

Share a memory
Obituary & Services
Tribute Wall
Read more about the life story of Clara and share your memory.

She was born on January 6, 1930, in the Fourche community in rural Arkansas. At 12, her family moved to Orion, AR. She graduated from Sheridan Arkansas High School in 1947 and married Cary Murdock soon thereafter. She had two children and was a homemaker for 11 years, until she went to beauty school in Little Rock and was a hair stylist for more than 20 years. Following the death of her husband in 1992, she moved to Denton, Texas, in 1998 to be closer to her son and his family. She became very involved in her church home of Highland Baptist Church—especially the Friendship Sunday School class, the Denton Senior Center, and with her large network of friends. She briefly moved with her family to Olympia, Washington, in 2009-2010. Then she returned to Denton and lived the rest of her life at Good Samaritan Village Denton, where she had many friends, and the last year at Brookdale Senior Living.

The family requests that instead of sending flowers, donations may be made in Clara’s memory to her church, Highland Baptist Church (https://tinyurl.com/HighlandBaptistDenton, 600 Thomas St, Denton, TX 76201), and/or to Texas Talking Books for the Blind (https://tinyurl.com/TexasLibrary).

To send flowers to the family or plant a tree in memory of Clara Mae Murdock, please visit our floral store. 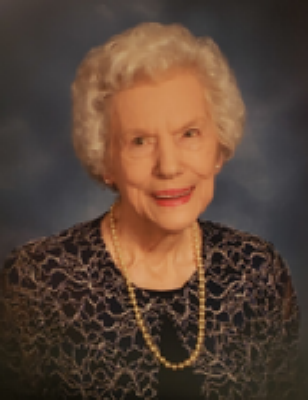 Look inside to read what others
have shared
Family and friends are coming together online to create a special keepsake. Every memory left on the online obituary will be automatically included in the book.

Look inside to read what others have shared

Family and friends are coming together online to create a special keepsake. Every memory left on the online obituary will be automatically included in the book.

You can still show your support by sending flowers directly to the family, or by planting a memorial tree in the memory of Clara Mae Murdock
SHARE OBITUARY
© 2023 Gateway Funerals & Cremation. All Rights Reserved. Funeral Home website by CFS & TA | Terms of Use | Privacy Policy | Accessibility